How to Become a Confident Cook

With very few exceptions, giving a cookbook to a woman who isn't comfortable in the kitchen does not fix her problem. My aversion to cooking is legendary. Every few Christmases or birthdays for at least a decade a new cookbook would find its way into my lap. I'd smile and say thank you and say to myself, “What am I going to do with this one?”

The problem for women who don't like to cook is not a shortage of recipes from which to choose, which the cookbooks can remedy. The problem is a shortage of confidence and know-how. Most cookbooks do not supply these missing ingredients.

Making a joke about the loaf of store-bought bread or dinner rolls that the woman brings to a potluck instead of a casserole or salad is also not recommended for helping the woman feel more comfortable in the kitchen. The store-bought items are her attempt at contributing to the meal. She needs to hear that a covered dish is not the only valued way she can contribute to the community.

If you really want to help a woman build her confidence in the kitchen, invite her into yours and give her a job to do. Ask her to chop the onions and show her the technique you like to use. Ask her to stir something. Show her by your example why you feel joy when you're preparing a meal for the people you love. Demonstrate that mistakes are part of the drill and can always be corrected.

Watching Joanne Weir's PBS cooking show, Cooking Confidence, with my preschooler helped to begin changing my attitudes in the kitchen. Her kind, smiling face demonstrated how much she loved spending time in her kitchen and she was adept at teaching the episode's student the tricks of her trade. Cadence and I would lay on the couch in our living room and pick an episode from the menu on our DVR. For thirty minutes, my four-year-old and I would learn together. We would have real conversation about the ingredients she had chosen and how she was preparing them.

Cadence enjoyed it so much, we began playing “Cooking Show” when it was time to prepare a meal. We would look at the imaginary camera in our kitchen and tell our audience what we were doing. Some days we would tell them we were washing our dishes first, so that our kitchen was clean before we started our recipe. So much regular stuff could get accomplished under the spell of playing “Cooking Show.”

My daughter didn't know it, but it was her little hand taking mine that led me into our kitchen and helped build my confidence. I didn't want her to feel helpless in the kitchen like me, so I chose recipes I knew how to make and began teaching her how to make them. Raspberry muffins were our first success. When we didn't have nuts one particular Saturday morning, we substituted them with coconut and a new tradition was born.

“I'm a good cooker, aren't I, Mama?” Cadence began asking with regularity. I would smile and answer, “Absolutely.” In these moments, we were both learning cooking confidence. I have had so many cooking successes since then that it's no longer accurate to say that I don't like cooking or am not very good at it. It turns out that now I'm a good cooker too. 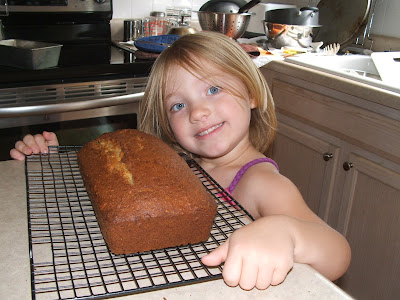 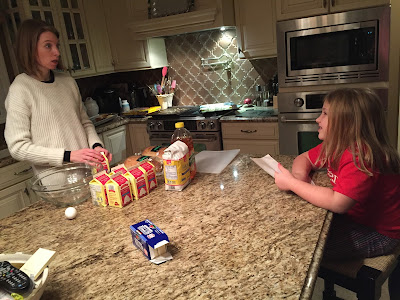