Warning: This is a photo-dense post. There were lots of steps that needed to be captured. I'm not sharing as many photos as we took, but I'm sure it will feel like it.
Warning 2: You may become very hungry as you read this post. So much deliciousness was Made. From. Scratch.

My friends and I had such a great time together at my birthday lunch I decided it was time to get the girlfriends together again. Voldi (a nickname has been decided! She is no longer the Friend-who-cannot-be-nicknamed. Calling her Voldi DOES NOT imply she's evil. Mischievous yes, evil no. Spelling it with an “i” is my attempt at softening the name from it's original Voldemort.) (Fashionista, also a writer, came up with Voldi. Thank YOU for solving this naming problem for me!)

“I've got a plan for your dinner party.” Voldi announced at work one day. “I've been looking at your 4040 list and you've got a ways to go. I propose we have a pie night. We'll make your pie crusts from your list and then what we make will be our dinner.”

I loved the idea and that Voldi always has my back—4040 list and otherwise.

I added pie crust to the list because it served as another challenge to my low confidence in the kitchen, and it also was a way to feel close to my grandmother, whose cherry pies in "from scratch" crusts, were amazing. I was never around when she made her pies and I wanted the opportunity to see if I could do it like she did.

Voldi and Fashionista arrived and we began the process. I was a little tired from my day's work in my back yard. In the moment, I felt overwhelmed by the task at hand, and would have been fine with them taking the lead. They were determined that I did all of the preparation with their help on the sidelines, and a few minutes in my energy level had improved.

We dusted off my maternal grandma's 1978 General Electric food processor. Using this machine should have been on my list. I cut myself on a Cuisinart blade one time and have had an aversion to the magnificent tool ever since. They convinced me that using the food processor would be quicker and having them with me could assuage my fears of said machine. 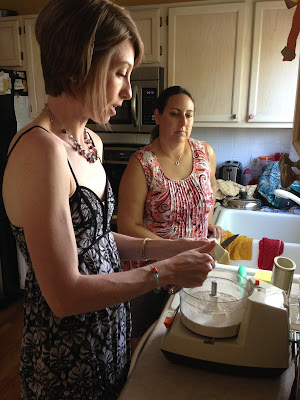 After 37 years the machine still worked and man, did it beat doing the mixing of dough by hand. I thought of my Grandma Steele and pioneer women before her who didn't have modern conveniences. They didn't need yoga to build strong arms. They baked pies!

Math Whiz (so named because she was a math major, and the friend who helped me figure out how long it would take to achieve 80,000 words of my rough draft) arrived as we were getting the first batch of dough in bags to chill.

The first pie crust provided a reminder about not expecting perfection. As you can see from the photo we had to piece it together into the pie plate. 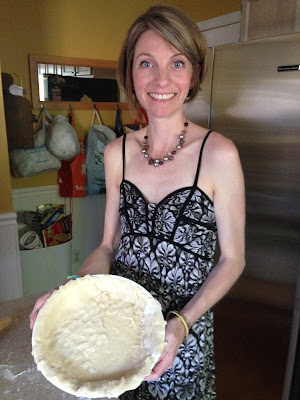 I made the filling for the spinach quiche. NOTE FOR NEXT TIME: when using frozen spinach, let it thaw and then squeeze out the excess water.

While the quiche baked, we worked on the peach pie. 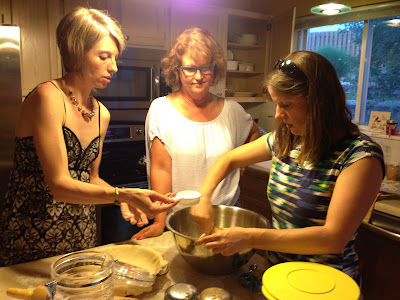 Behaving like a seasoned baker, I made the suggestion that we pair the fresh peaches with fresh raspberries. Everyone agreed that it would be a nice combination. THIS IS A SIGNIFICANT MILESTONE FOR ME IN THE KITCHEN. Adding another fruit to a recipe shows a confidence in cooking that is still very new. I was so happy that my friends liked the idea! 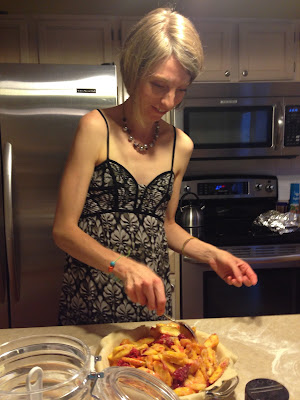 The second and third crusts were colder and therefore far easier to roll out and place into and on top of the pie plate. I felt like a dang expert by the third time. 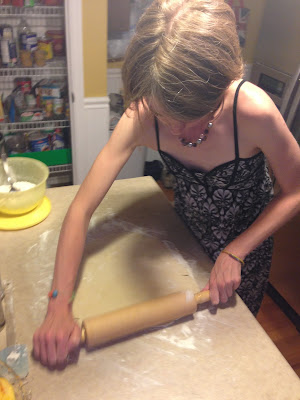 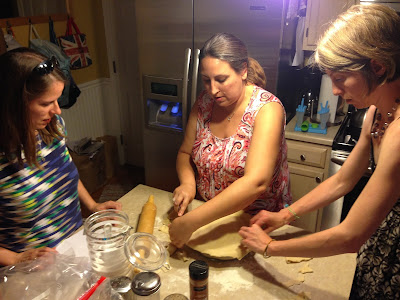 Long story short, the evening was delightful in every way. While we waited for our dinner and dessert to bake, we talked about books and work, redecorating and life in general. When I look back over all the fun I've had in my fortieth year celebrating life and a new decade, this evening will stand out as one of the highlights of the year. This baking/cooking-with-your-guests model is the way I'd like to entertain and extend hospitality while my confidence in the kitchen continues to rise.

I will absolutely bake pie crust from scratch again. I will also use the food processor with regularity. At the end of the night as we were saying our goodbyes, Voldi said, “I am so proud of you. You did a really good job baking tonight.” There's nothing like good friends telling you they are proud of you.

Making my way through this list is reminding me that the small quiet moments really are what make life so good. Creating occasions and reasons to celebrate instead of waiting for them to roll around is enriching and my favorite way to live. The “big” moments in life are simply too few and far between.

Last night was delicious. Simply delicious. And I know my grandma would be proud of the finished products. 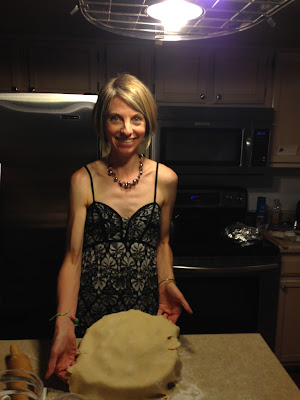 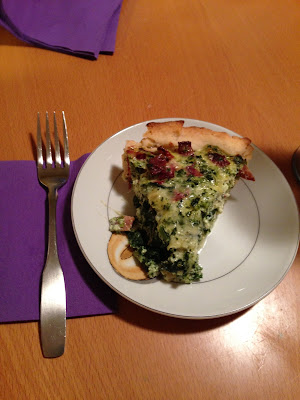 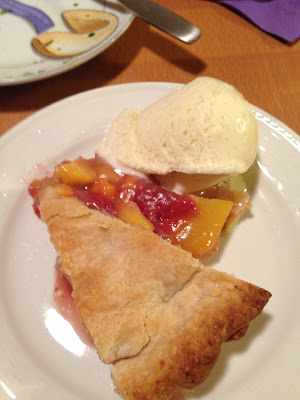 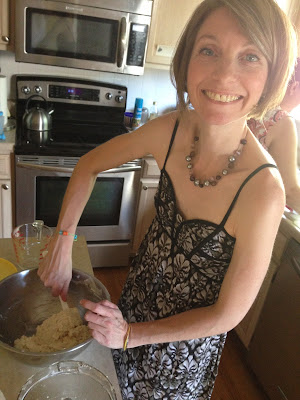 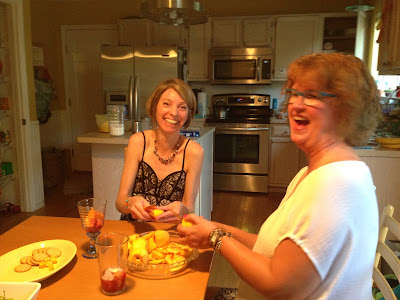 Laughter is a key ingredient in the recipe of friendship with these women. 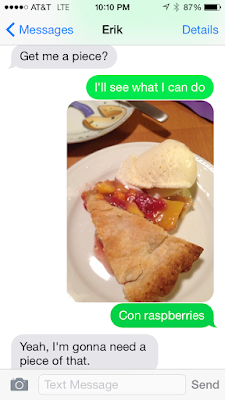 This text from Fashionista's teenage son was fantastic!

PS: We missed you, Design Maven (also named by Fashionista.)