Curiosity, more than anything, put this activity on my list. There was also a sense that if it wasn't on the list, I wouldn't ever take the time to check out this “fancy” restaurant on campus. It only seemed right to make a trip to campus (I work in an office building a mile from the main campus) with my two favorite work friends. We'd scheduled it once only to learn that Ibby's wasn't open on Mondays, and had to reschedule. 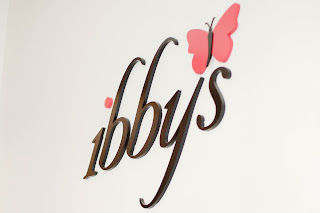 Christa, Jana, and I chose another day about a month later. We each had something to celebrate: it was Jana's birthday, my 40/40 list, and Christa's upcoming new job in a different department.
There's not too much to say about this list item. I ate gourmet food with two of my favorite people, and Christa captured the meal with her big, non-iPhone camera. We chose the buffet for time's sake, and enjoyed the meal. Ibby's, named for the previous chancellor's late wife, was an interesting place. Not as fancy as I had expected—there were no cloth linens as I'd imagined—but also a high-priced lunch for students. I had imagined the restaurant would be filled with university dignitaries—administrators, parents, donors—and there were some. But the primary clientele was the student population.

Our conversation centered on our own college experiences. How college was long ago enough to not have swipe cards for meal plans—only for after-hours entrance into the dorms. I remembered for the first time in a long time the women who greeted us, marked off our Student IDs and clicked our appearance into the metal counter around her thumb.

When I talked about college like this, I felt like I was talking about pre-historic times. I was feeling my age again. Forty was feeling mentally old. That hasn't happened too often in the course of marking items off the list.

I miss my college days and revel in how far I have come since those same days—all in the same moment. I often daydream about having an occasion when I can gather all the important people in my life from different stages and places into one room. I would make introductions. Help friends place names and faces. I would breathe in their love and affection. We would tell stories and we would laugh.

We ordered three plates of bread pudding, which made me think of number two on mylist. Ibby's bread pudding was good and a great way to end the meal. I'm glad I added this to the list. It was a low-stress activity to cross off, and I had the best company. 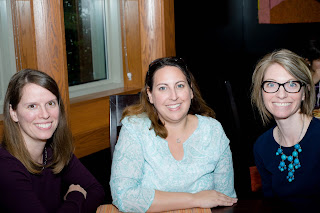 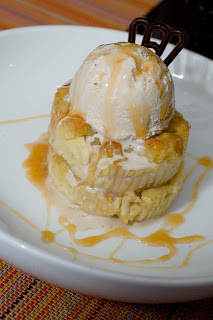