Today I turn 45. I am middle-aged. It's ridiculous to consider. It's also such a gift, a privilege to be able to add more years to this life.

As the weeks and days have ticked by to this day, I've thought a lot about who I am now, and about all of the versions of me that have brought me to this point. I'm still slim, but not thin-skinned. I feel my introverted tendencies more acutely as I raise a strong-willed extrovert. I still love reading, and keep finding ways to read faster to consume more information. I am even more interested in telling stories, so I study how to do it. I am curious, but have a lack of it when it comes to what people think of me. I trust myself, and really like the woman I have become. I feel good in my skin and love the decision to whack off my hair three years ago. I love my own company and crave it more and more. I'm not afraid of being alone, and the abject loneliness of a few years ago has dissipated. I am grateful that I set out to date myself in the early months after my divorce and came to know myself and like myself in new ways for the first time in my life.

Of the things that are most different about me, it is my ability to metabolize fear. I lived nearly 40 years paralyzed by it. I stayed firmly within the confines of what kept me safe and sound—or at least what I perceived as such.

My Grandpa taught me to step over the wires that electrified the rides at the State Fair. I watched other people step on them and nothing happened to them. Protecting us from danger—perceived and real threats alike—was his love language. So I followed his advice and stuck to what seemed safe. I was the child who also didn't like Dr. Seuss's Green Eggs and Ham because if ham was green, something was WRONG with it, and we SHOULD NOT BE EATING IT. You see where I'm going with this? I took reasonable precautions to their outer limits. I went overboard on being safe and I didn't risk anything—not adventure or healthy risk. I stayed at jobs too long. I didn't travel to places I wanted to see. I stayed in relationships past their expiration dates. My sense of safety became inverted.

And then I felt things shift. I was getting divorced and turning 40 and the way I'd always done things didn't seem to be working anymore. I took the advice of a twenty-something and made a list of things to do in celebration of my birthday. It turns out that list changed my life.

I tackled the list like a military operation, or so one friend observed. I put things on that list that scared me. I also used the list to inspire, stretch, and teach me. All of that happened. That list was like throwing a rock into the lake of my life and watching the ripples widen. I am still feeling the effects of disturbing the waters of my life.

Malcolm Gladwell explained in his book David and Goliath – Underdogs, Misfits, and the Art of Battling Giants that during the Blitz in World War II, Londoners didn't behave as the government expected them to. After the war, a Canadian psychiatrist named J. T. MacCurdy studied reactions to the unrelenting bombings and described his findings in a book titled The Structures of Morale. MacCurdy wrote:

“We are all of us not merely liable to fear, we are also prone to be afraid of being afraid, and the conquering of fear produces exhilaration....When we have been afraid that we may panic in an air-raid, and, when it has happened, we have exhibited to others nothing but a calm exterior and we are now safe, the contrast between the previous apprehension and the present relief and feeling of security promotes a self-confidence that is the very father and mother of courage.”

As I think of my life at 45, MacCurdy's words resonate. I haven't been through the Blitz, but I have navigated emotional disturbances that felt explosive. In the years before my divorce and my 40th birthday, I was paralyzed by my fear of being fearful. Working my way through my 40/40 knocked all of that loose. I didn't become fearless. I was afraid and proceeded forward with my fears in tow. And then I looked around and noted that I was still standing. That I had survived whatever dangerous, scary thing I had imagined was coming after me. The more I tested the waters of my own courage, the braver and sturdier I became.

I flung myself off the platform swinging on the trapeze. I pushed my skinny frame toward the finish line of my first race. I challenged old stories I came to believe as truth. I baked fancy desserts, and didn't set the kitchen aflame. The list was my life. I was burning away the old stuff that no longer served me and cleared the path to head out on new adventures.


I have become familiar with the exhilaration too, and it feels GOOD.

As I celebrate the ups and downs of this precious life, I am living proof that “the present relief and feeling of security promotes a self-confidence that is the very father and mother of courage.”

Five years. There was a time when I was so frightened not knowing what would come next. Now I welcome the unknown and know I am up for every challenge that life throws my way.

Here's to the next five and five and on and on! 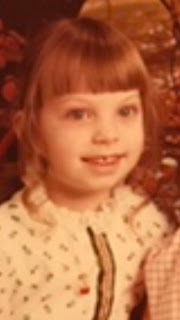 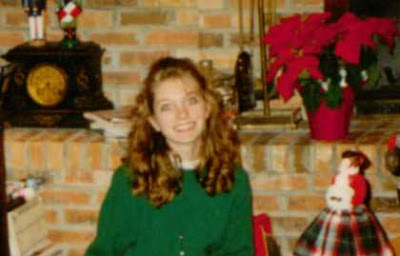 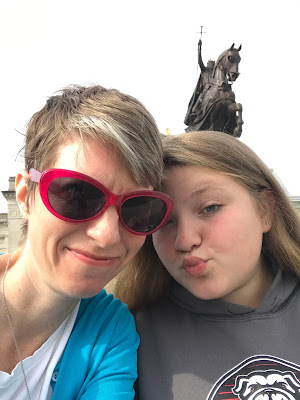